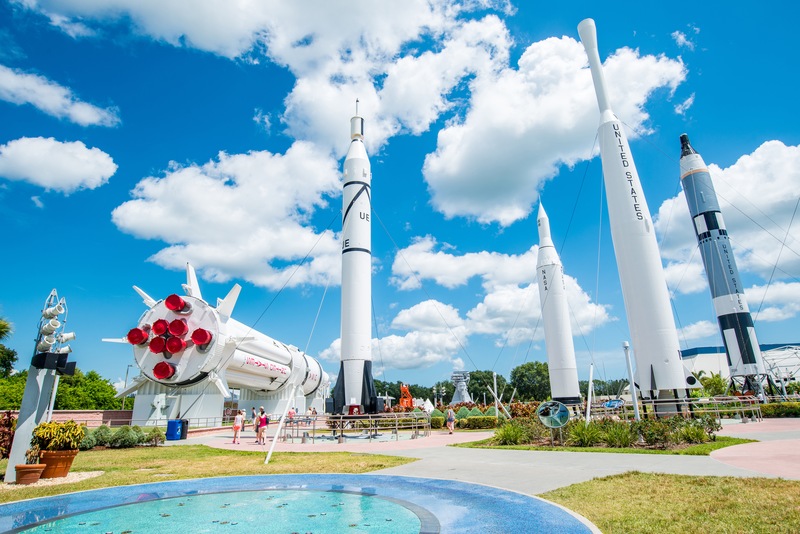 Satellite manufacturer Terran Orbital has selected Kennedy Space Center to base its new headquarters, a massive facility it says will become the largest of its kind in the world while generating thousands of jobs for the Space Coast.

“We’re excited to announce that Terran Orbital will be investing $300 million in the Space Coast by bringing its commercial spacecraft and constellation facility,” Gov. Ron DeSantis said during an event Monday at Space Florida’s KSC headquarters. “This will be the largest satellite manufacturing facility in the entire world.”

The company will build its 660,000-square-foot factory and headquarters at the former Shuttle Landing Facility, now called the Launch and Landing Facility, which is operated by spaceport authority Space Florida. Some 2,100 jobs paying an average salary of $84,000 are expected to be in place before the end of 2025. Groundbreaking on the new factory, which will cover more ground than 11 football fields including ends zones, just south of the LLF’s control tower should happen by next summer. If everything goes according to plan, those 2,100 workers will be responsible for producing up to 1,000 small satellites and 1,000,000 satellite components per year.

Space Florida previously referred to the agreement as “Project Kraken.” Terran Orbital, supported in part by companies like Lockheed Martin, said its factory will help fill the demand for the space industry, which is expected to see some 50,000 satellites deployed by 2030. The company also aims to build its own constellation of radar-based satellites, enabling sight through clouds, storms, and other obstacles that have traditionally been a hindrance to collecting data from orbit.

Terran Orbital does not produce its own launch vehicles – just the spacecraft. Marc Bell, co-founder of the company, would not disclose which launch vehicles will fly upcoming satellites, but did say the short trip from the factory to the pad is an advantage. KSC’s pads 39A and 39B, along with Cape Canaveral Space Force Station’s Launch Complexes 40 and 41, are just a few miles from the site. “We’ll be building the world’s most extensive satellite assembly facility,” Bell told reporters after the event.

“Phase one alone will include 660,000 square feet of space and we’ll bring all aspects of satellite creation, manufacturing, and production into one place.”

If it comes to fruition, Terran Orbital’s massive investment makes it one of the most significant in recent Brevard County history. Launch provider Blue Origin, for example, has generated 735 direct jobs to date across its facilities at KSC and Cape Canaveral, though its overall investment stands much higher at $1.03 billion. SpaceX, meanwhile, doesn’t disclose exact numbers, but it also employs hundreds with significant investments made over the last decade. Bell said three key reasons helped push Terran to KSC: equipment financing and other financial support made available by Space Florida; the LLF’s strategic and historic location; the availability of skilled workers and supply chains; and the state’s “business-friendly environment.” He could not confirm specifics on how much of the $300 million was contributed by the state, but did say most of the company’s investments to date have been private.

“We’re going to put the same creativity and forward thinking we use to build satellites into creating a new and fantastic kind of work environment for our people,” Bell said, adding that the facility will also build deep space vehicles, though further details were not available.

Terran Orbital owns Tyvak, an already established and generally well-known name in the space industry, especially when it comes to building satellite hardware. The company has operations in Florida, California, and Italy.

Though most of the general public might not have heard of Terran Orbital or Tyvak – a point founder Bell admitted during Monday’s event – the company has a history and, despite the lofty goals, isn’t an overnight startup with little experience.

“I would argue that Terran / Tyvak is one of the top-tier small satellite manufacturers,” Quilty said. “And it’s one of the oldest legacy providers that’s been around. But you’re also seeing the number of these smallsat manufacturers growing quickly.”

The move reinforces a talking point often touted by officials: after decades of being “just the launch site,” the Space Coast is finally strengthening its position as a design, build, and launch hub. That’s something few others can say.

“I think this is absolutely good news for the industry and I think it’s a legitimate company and legitimate effort,” Quilty said, “though I’m a tad surprised by the scale of the investment.” 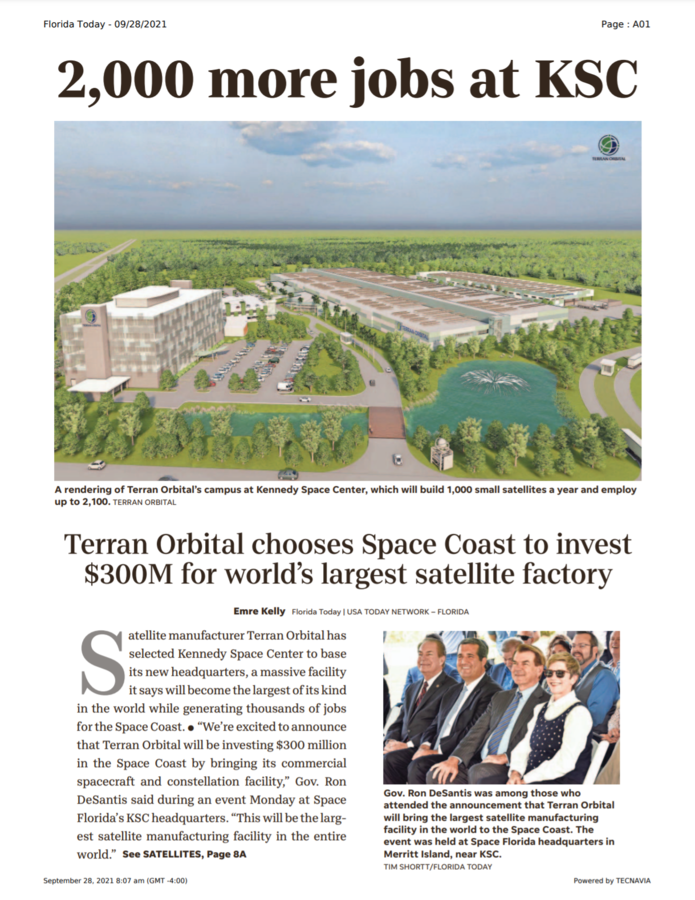