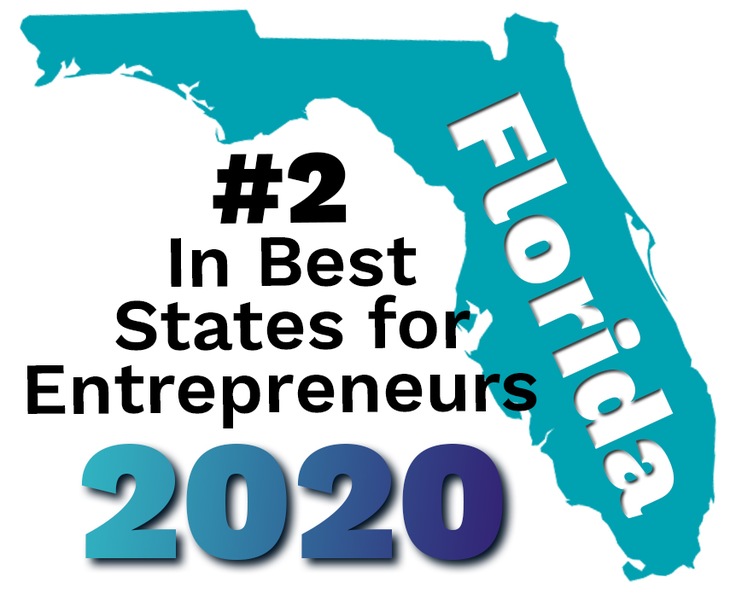 FLORIDA RANKS NO. 2 IN BEST STATES FOR ENTREPRENEURS IN 2020 – According to a survey conducted by SeekCapital.com, Florida ranks No. 2 for entrepreneurs seeking to start a new business. Florida also has the highest rate of new entrepreneurs, with 0.46% of its population starting businesses. Twenty-one factors contributed to the nationwide results including five-year growth in the working age population, business tax climate, GDP growth, venture capital deal flow, and employment statistics such as labor force participation rate and unemployment rate. The startup activity category of factors was weighted more in this entrepreneur-focused study. Startup activity criteria included the rate of entrepreneurship, the percent of entrepreneurs who started their business by choice instead of necessity, the one-year survival rate and the jobs created in the first year.